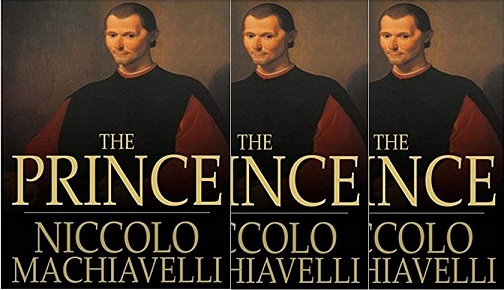 THE PRINCE, BY MACHIAVELLI (BOOK REVIEW)

Despite being written over five centuries ago, the Prince continues to find its place among the most relevant of books in the fields of political science and international relations. Interestingly, ideas from the book has also been adapted by some business men and CEOs in the position of power and even in the interpersonal relations between individuals caught in the struggle for power. Even though Machiavelli had written the Prince for Lorenzo Medici who at that time was the ruler of Florence, a republic at that time, the book’s fame and popularity can be partially be credited to Machiavelli’s ideas still being current and controversial issues in world politics today. To name a few, the issue of diplomacy, ethics and morality, ways and means etc.

The book consisting of 8 chapters can however be classified into two broad categories. The first part encompasses two main issues. Firstly, of the structure and types of governance and the types of municipalities available. It further gives insights and advice through historical perspectives and secondly of the need to maintain a proper and standing military force for the purpose of defending homelands as well as capturing new ones. Here, Machiavelli points out the cruciality of avoiding hired soldiers or mercenaries. Instead, he advices the prince to create its own military that is loyal and trustworthy. Not only do mercenary soldiers possess questionable reputation but also are a waste of the state’s resources.

The main themes of Machiavelli’s work are more prominent in the second and latter part of the book. In this part, he puts much emphasis on power and what a leader ought to do. Again, this part may be categorized under 3 umbrellas: a. Ends vs means b. How to keep power and c. why the need to keep power.

A. Ends vs. means: One of the ongoing debates in political philosophy today is whether or not the end justifies the means by which a goal is achieved. Surprisingly, Machiavelli in his book stands among the earliest philosophers to have discussed this topic. For Machiavelli, a prince should be ruthless if situation requires it in order to achieve his goal. For instance, upon conquering a new territory, there is a need to kill all members of the previous ruling family in order to avoid the possibility of a future mobilization of force against the prince.

B. How to keep power: It is interesting to note that Machiavelli discussed the need to have high approval rating in order to keep power. The success of a leader is to some extent tied up with his public image and reputation. Hence, it is necessary for the leader to work towards maintaining good relations with the public if chosen by them. In a case in which the leader is chosen by a few elites, Machiavelli still maintains that the leader must strive harder to gain the trust and favour of the public. Another means of maintaining power is for a leader to be flexible and adaptable to time. Last but not the least, Machiavelli advices that upon conquering new territories, the Prince should go stay within the new territory for a while in order to create a bond with the people thereby maintain his power.

C. Why the need to maintain power: Machiavelli argues that the need to maintain power is something born out of necessity. Machiavelli looks at the world from a realistic perspective. In fact, he is considered as one of the fathers of realism due to his ideas. For him, the world is an open field where everyone is trying to grab whatever they can. Hence, if a prince does not fight to keep what he has, then most likely shall lose to another. He cites the scenario of a leader who led his army to a slaughter because he was doing good by behaving ethically and avoiding a war.

Machiavelli has been criticized by many for giving little or no regards to ethics, diplomacy religion, etc. In reality, he does, but only to an extent. We can see the long-standing debate between realism and idealism in his writings. In his words, “it cannot be called ingenuity to kill one’s fellow citizens, to betray friends, to be without faith, without mercy, without religion; by these means one can acquire power but not glory”, it can be seen that he agrees that one can try to maintain peaceful relations. Nevertheless, in a dire situation, then the leader must make the harsh decision for the protection of his people and territories. The prince seems to be book centering around one idea and as a big warning to those in power about the negative sides of bad governance. It is a good read for both the people who support his ideas and the ones who oppose.