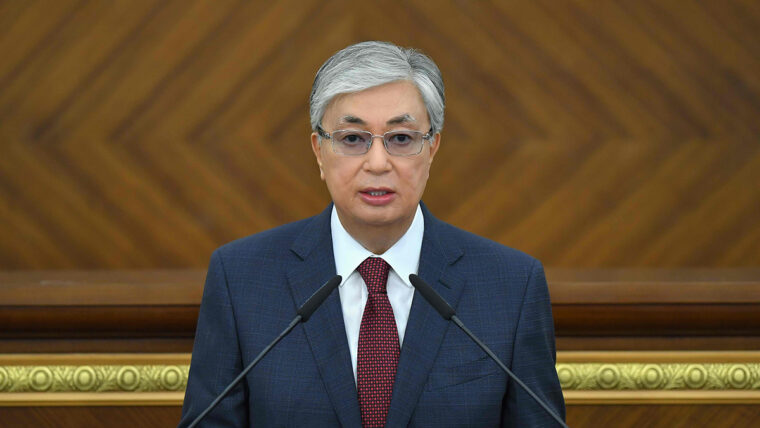 Another Presidential Address opens a fundamentally new political milestone in the history of the country. The head of state is setting qualitatively different standards for the system of power. It is the utmost transparency in the adoption of the most important political decisions, constant renewal, and open competition.

The President’s decision to make the entire electoral schedule public is an unprecedented step for Kazakhstan’s political practice.

The launch of the entire election cycle is conditioned by the need for a radical reboot of our political system and is fully consistent with the rationale of the constitutional reform supported by the majority of citizens in the June referendum.

The consecutive holding of presidential elections followed by the election of deputies of the Mazhilis (the lower chamber of the Parliament) and maslikhats (local representative bodies) will allow focusing on the solution of urgent and strategic tasks on socio-economic development of the country. In other words, the accumulated rhythm of the country’s modernization will not be disturbed.

The growing geostrategic tensions and turbulence in the world economy are a strong factor in favor of holding early elections. The unpredictability of the dynamics of world processes multiplies the risks and challenges not only for individual states, but for entire regions.

Another central initiative of yesterday’s address is the head of state’s proposal to limit the presidential mandate to a single term of seven years without the right to re-election.

This proposal is a thoroughly considered decision, which, if approved by the Parliament, will determine the future of Kazakhstan’s political system.

In this case, the election of one person as President for only one seven-year term is a political innovation, which now has no precedent in the near and distant surrounding of Kazakhstan. The norm of a one-time presidency is primarily aimed at the long-term stabilization of the political system, eliminating the risks of power monopolization and strengthening the basic principles of democracy.

The initiative to hold early elections to the Mazhilis and maslikhats of all levels in the first half of next year also comes from the rationale of the political modernization program.

Elections in single-mandate districts under a mixed electoral system that is being implemented will become an important factor in improving political culture in the country and a powerful tool for articulating the interests of citizens at the local level.

The electoral legislation will soon work according to new rules. The registration procedure for political parties will be simplified, which is already contributing to the emergence of new parties, new faces in politics, and increased political competition. And this trend is irreversible, with the deepening of political modernization it will only grow.

In general, all the political initiatives presented in the address comprehensively fill with real content the key formula of our nation-building “strong President – influential Parliament – accountable Government”. The new reform gives a start to the electoral cycle, which will allow a restart of the entire political system.

The author is Erlan Karin, State Counsellor of Kazakhstan.