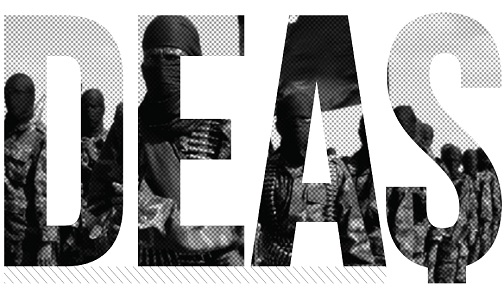 Turkish Ministry of Interior has prepared a report on Turkey’s fight against DEASH in both Turkish and English. You can reach the whole report as pdf from here and read the related chapter about the emergence of the DEASH below.

DEASH terrorist organization hitting the headlines in 2014 frequently through its bloody actions and the lands it invaded in Iraq and Syria was first established in Afghanistan by Abu Musab el-Zarqawi in 1999 under the title of Tawhid and Jihad Organization. The group organized in Northern Iraq in 2001, distinguished with the actions that it carried out against the USA forces following the US invasion of Iraq in 2003. The terrorist organization that started to use the title of “Tanzim Kaidat al Jihad fi-Bilad al Rafidayn” or more commonly known as “Iraqi al-Qaeda” in October 2004, started to to be named as “Mujahideen Shura Council” thorugh uniting with some small groups in Iraq in January 2006.

After Abu Musab al-Zarqawi was killed by the USA in June 2006, Abu Hamza al-Muhajir (C) Abu Ayyub Al-Mısri became the new leader of the terrorist organization. Thorugh a video published on October 15 ,2006, the terrorist organization declared that a (so-called) Islamic State was founded in a region covering the whole parts of Baghdad, Anbar, Diyala, Kirkuk, Saladin and Ninova Provinces and some part of the Babylonican Province and amended its name as the Islamic State of Iraq (ISI). Following the change of its title, Abu Omer al-Baghdadi, the new leader of the terrorist organization – along with accompanying Abu Ayyub al-Mısri was killed as a result of an operation carried out by the USA and the Iraqi forces in April 2010 when the organization suffered failures and power losses.

Following the simultaneous takedown of two powerful leaders of the terrorist organization, Abubakir al Baghdadi, being currently its leader, headed the terrorist organization. The ISI which was strengthened through participation of the former Baas Party Members expanded its operation zone after the USA retreated from Iraq in 2011. Benefitting from the authority gap and ethnic / sectarian tensions in the region, the ISI claimed to found the Islamic State in the Iraq and Syria territories having captured Raqqa city of Syria and changed its name as the Islamic State of Iraq and the Syria (DEASH).

The DEASH terrorist organization captured Mosul which is the second largest city of Iraq on June 10, 2014, and subsequently claimed that the caliphate has returned and the Abubakir al-Baghdadi was the (so-called) caliph. The decisions on this “nationalization, changing its zone of operation from Iraq to Syria and caliphate” rendered by the DEASH were not recognized by Al-Qaeda which it was affiliated and eventually Al-Qaeda declared that it had no ties with the DEASH Terrorist Organization.